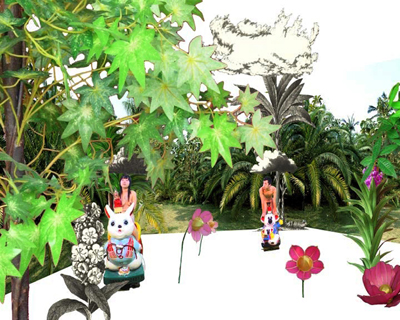 Among others, an Opera video scene from ‘Lost Paradise’, 2007. Meiya Lin

One of the highlights of the closing ceremony of the Olympic Games in Beijing was a duet performed by a western tenor and a classical Chinese opera singer. The Video project Opera is a selection of Chinese and Dutch video makers.

They all sing the same song – with different voices, intonations and nuances-about longing, based on collective and personal memories.
How to adapt to this crazy Global World. How to keep your identity, values and traditions. And … which ones?

Opera is a special program compiled for the streaming Festival 2008.
By SaE. Curated by Xiaowen Ju and Paul Donker Duyvis